What does a four-day workweek mean for global companies? 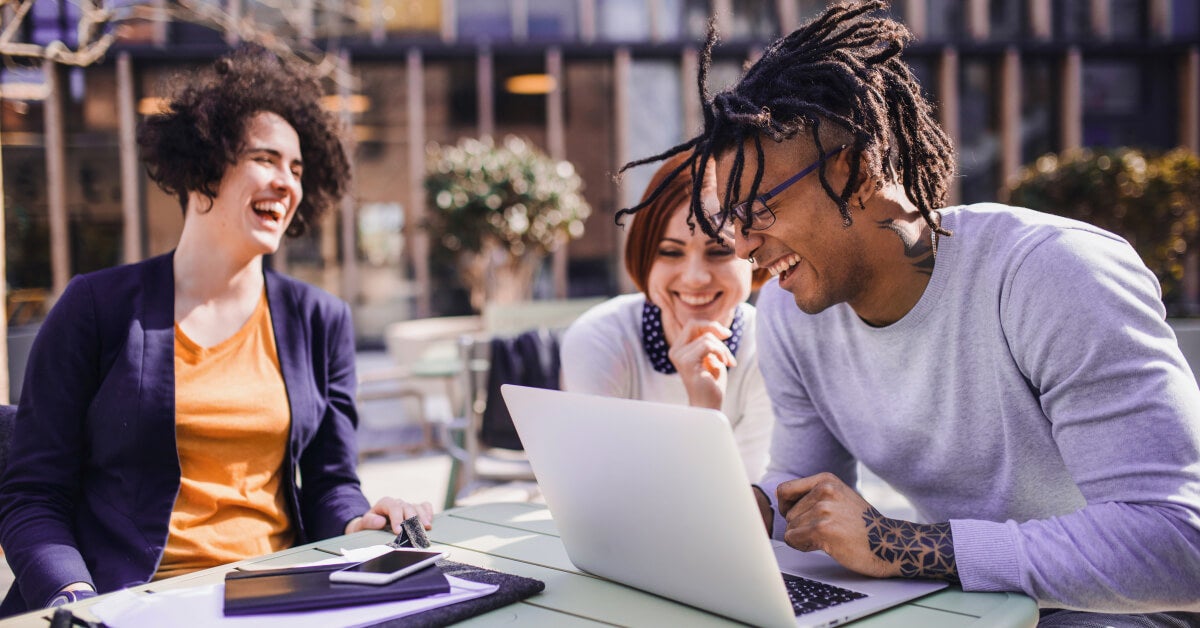 On Monday 6th June, 70 companies across the U.K. embarked on the biggest four-day workweek trial the world has yet seen. The pilot programme will run for six months, granting more than 3,300 employees an extra day off each week – with no loss of pay.

However, employees will be required to maintain normal productivity levels within their shortened workweek. This is known as the 100:80:100 model, under which employees receive 100% of the pay for 80% of the time in exchange for maintaining 100% productivity. Among the companies participating in the pilot are marketing agencies, skincare brands, recruitment firms, animation studios, education services, automotive suppliers, and notably, a chip shop in Norfolk.

The potentially game-changing experiment is being run by researchers at the universities of Oxford and Cambridge, as well as Boston College in the U.S., in partnership with the campaign group 4 Day Week Global. The pilot will look at how a 32-hour workweek affects workplace productivity, employee well-being, gender equality and the environment. Researchers will work with participating companies to monitor the study’s impact on business productivity and employee wellbeing, as well as the impact on gender equality and the environment.

It’s an exciting prospect with proven benefits, but what does a four-day week mean for global companies? For example, if the U.K. trial is a palpable success, and more and more businesses adopt this working model, will the U.K. arm of a global company be in a position to take part? How will this affect their colleagues overseas who will continue to work five days a week?

Is the U.K. ready for a four-day workweek?

Improved productivity and wellbeing are the core promises made by four-day week advocates. Pointing to a series of landmark studies in New Zealand, Iceland and Japan, 4-Day Week Global insist this shift in working patterns can deliver increased productivity across a wide range of industries, while reducing levels of burnout, stress, sick leave, and absenteeism.

The U.K. pilot follows a similar one in Iceland, which ran from 2015 to 2019, and had a seismic impact. Nearly 90% of the working population now enjoy reduced hours or other accommodations, such as flexible work arrangements. In addition, researchers found a reduction in employee stress levels and burnout, and an improvement in life-work balance. Is it coincidence that Iceland was ranked the third happiest country in the world earlier this year?

The idea of a four-day week in the U.K. isn’t completely unprecedented. During the 2019 election, the Labour party pledged to reduce the average working week to 32 hours within a decade. Calls for a four-day week have only grown louder since the Covid-19 pandemic, as the many merits of flexible working were embraced by organisations and employees alike. Lockdowns and restrictions put everyone under pressure to work differently, and in doing so, we struck upon a lucrative new model. According to a 2021 global survey, a majority of business leaders with hybrid/remote workforces said their organisation performed better against workforce performance and productivity targets over a 12-month period. Now that we know how that businesses can survive – and indeed, thrive – while offering reduced or flexible hours, it feels like the right time and climate to pursue a four-day week in earnest.

U.K. employees currently work an average of 36.6 hours a week or 7.32 hours a day – yet a recent study revealed that office workers spend an average of just two hours and 53 minutes actively working. Respondents said they otherwise occupied their time by checking social media, reading news websites, discussing out-of-work activities with colleagues, making hot drinks and taking smoke breaks. These working habits indicate that many U.K. workers could comfortably make the shift to a four-day week, as their existing workload is subject to Parkinson’s Law –  the idea that work expands to fill the time allotted for its completion. Therefore, a shorter week could inspire workers to be more productive and less susceptible to distraction.

In a 2019 whitepaper by 4-Day Week, they cite a report from the UK-based New Economics Foundation that proposes reducing the workweek from 30-plus hours to just 21 hours. The report’s authors believe this change could help the nation address a range of “urgent, interlinked” problems, such as “overwork, unemployment, over-consumption, high carbon emissions, low well-being, entrenched inequalities, and the lack of time to live sustainably, to care for each other, and simply to enjoy life.”

Keeping up with colleagues worldwide

The potential benefits of a four-day week are highly desirable, but how do you implement this at your workplace when you’re part of a global company? From a business perspective, a recent piece by City AM suggests that, for industries that work “with people and on deals across the globe”, such a shift would put the U.K. “at a competitive disadvantage” and “dent the attractiveness of London as an international city”. From a HR perspective, how do you mitigate tensions between employees working four days a week in one region, and employees working five days in another region?

The simple answer to this dilemma might be to not pursue a four-day week after assessing the logistical difficulties. But it’s not all that simple when your less-rigid industry peers take the leap and enjoy a competitive edge in the talent market. For example, Atom Bank – the U.K.’s first app-based bank – saw job applications increase by 500% earlier this year after adopting a four-day week. Just as many employers have had to reluctantly accept hybrid-remote working as a post-pandemic talent attraction staple, global businesses might need to think of imaginative ways to offer this flexibility and keep up with candidate expectations.

The four-day workweek isn’t a one-size-fits-all solution. It’s important to remember that the outcome of a successful trial is less likely to be the loss of a full weekday nationwide, and more likely to be the widespread normalisation of flexible working arrangements (FWAs). These can include weekend work, shift work, overtime, annual-hours contracts, part-time work, remote work, job sharing, flexitime, and compressed working weeks. According to 4 Day Week’s whitepaper, organisations that allow employees to work offsite can reduce costs by cutting down on office space requirements and potential overhead costs, while employees with FWAs report higher levels of satisfaction.

Rolling out new FWAs exclusively across the U.K. arm of a global company is still likely to cause disruption between teams in different time zones – yet the benefits could be well worth the initial teething difficulties. The key to making this shift a success could be asynchronous communication, which is any type of communication that doesn't take place in real-time – e.g., on the phone, in-person, over live video meetings. For example, if you approach a colleague to discuss a work issue and they’re too busy to engage at that exact moment, sending them an “async” form of communication – such as an email or instant message – enables the colleague to understand the issue and respond in their own time.

Fully-remote software company GitLab are passionate proponents of async working. As a company with employees spread across 65 countries, Gitlab believe async removes time zone barriers and makes them a more globally inclusive organisation. In addition, they’ve found it provides autonomy, boosts productivity, and alleviates stress by eliminating the expectation to always be online and responsive. "From a mental health standpoint,” says Darren M., GitLab's Head of Remote, “when you have an entire company that embraces async, we all have a little more breathing room to do deep work that requires long periods of uninterrupted time."

If your company operates in different regions across the world, there’s a strong chance you’re already reliant on asynchronous communication. A four-day week or a reduction in work hours may sound radical, yet for many global companies, the tools and processes required to make it a reality are already in place. While the result of the U.K.’s trial remains to be seen, the proven benefits of FWAs and async speak for themselves. For both local and global companies, it’s a question of what they can offer to improve employee wellbeing without compromising their business model.

Ready to build, re-shape and optimise your workforce for better talent acquisition?

Ready to build, re-shape and optimise your workforce for better talent acquisition?